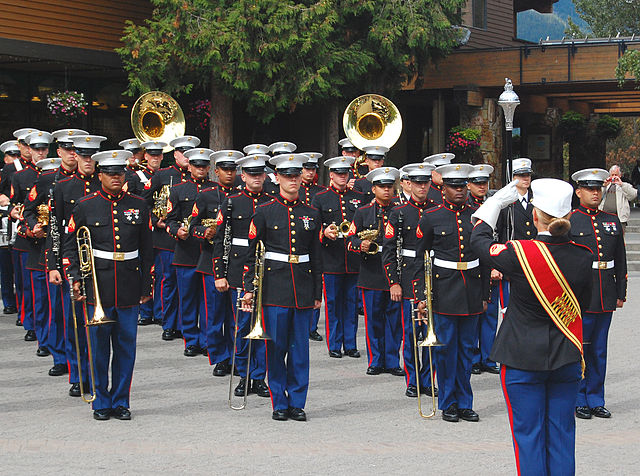 “Hail to the Chief” is the official anthem announcing the arrival of the president of the United States at formal events. It has been used since the early 1800s but originally had nothing to do with the American political scene.

The text is from the narrative poem, The Lady of the Lake, by Sir Walter Scott. Published in 1810, this work is set in 16th-century Scotland. Even though it is fictional, it references some things that are part of Scottish history. The story is about three men attempting to win the love of one woman during the reign of Scotland’s King James V and the fighting between the highland clans and lowland Scots.

The poem is divided into six cantos; each canto has a subtitle and several verses. The second canto, The Island, contains the text referred to as the Boat Song which begins, “Hail to the Chief who in triumph advances!”

Scott’s poem sold 25,000 copies in less than a year and made him famous on an international level. It was considered ideal for the stage given its plots of adventure, love and war. The next year, it was the subject of three productions in various London theaters plus one production in Edinburgh, Scotland. Out of the three London productions, one of them had a song, “Hail to the Chief,” composed by James Sanderson, a songwriter and conductor of the Surrey Theater orchestra. The text was from The Lady of the Lake.

The Edinburgh production opened in Philadelphia on New Year’s Day, 1812, with music composed and selected by J. A. Jones. One of the songs was the James Sanderson “Hail to the Chief” that was included in a London production. The stage version was very successful in America, particularly during the War of 1812, as it explored conflicts from all sides. The first publication of the song in the U.S. was also in Philadelphia as “March and Chorus, ‘Hail to the Chief,’ in the Dramatic Romance of The Lady of the Lake.”

The tune first moved from theatrical productions to historical events on February 22, 1815, to celebrate the end of the War of 1812 and to honor George Washington who had dies in 1799. It was first used to honor a living president, Andrew Jackson, in 1829, and it was played for the inauguration of Martin Van Buren on March 4, 1837. Van Buren was the first president to have “Hail to the Chief” played for several occasions throughout his presidency.

It was not used to announce the arrival of the president until John Tyler took office. His wife, Julia Tyler, had it played as the president arrived for official events. It became more ritualized during the presidency of James Polk when his wife, Sarah Childress Polk had it played for his inauguration and formal events. When the drums rolled and the music began, that was the signal to clear the walkway for the president.

A president was not required to enter a formal event to “Hail to the Chief.” Chester Arthur did not like the tune so he had John Philip Sousa compose something new. Sousa was the director of the Marine Band at the time and wrote the “Presidential Polonaise” for Arthur. The Department of Defense established “Hail to the Chief” as the official presidential anthem in 1954 after Harry S. Truman researched its history.

The words are rarely heard when the music is used to announce presidents. Instead, it begins with four ruffles and flourishes on drums and bugles followed by the instrumental arrangement. It is performed by military bands like the United States Marine Band. The work is also performed for the funerals of former presidents.