I hesitate to use the word ‘easy’ when describing any piece of music as it is entirely dependent on your level of skill whether a piece is ‘easy’ or not. Jazz is a genre of music that is understandably thought of as difficult, set aside for those musicians who perhaps have some mysterious capacity to interpret and perform it.

Jazz is as simple or difficult as you want it to be. Like many other genres of music, it can be enjoyed at all levels of experience and skill. Below, I have selected a few jazz compositions for piano that can be approached by students who are perhaps less experienced.

This is one of the most famous tunes in the piano repertoire and one that crosses the fragile border between the classical world of music and the world of jazz. Gershwin was one of the first composers to try to merge the essence of jazz, classical music and musicals. In his opera Porgy and Bess (1934), from which this song comes, Gershwin achieves the seemingly impossible and succeeds, in my opinion, in doing exactly that.

‘Summertime’ is a lullaby sung by Clara and later in Act Three by Bess herself. The song reprises in various parts of the opera but Act One contains the full song. Melodically, the song is uncomplicated and softly lilting as you would expect from a lullaby. Gershwin blends subtle elements of jazz with the sound of a spiritual, or folk song.

There are numerous different versions of ‘Summertime’, and the one linked above is certainly an arrangement that can be tackled by pianists who have some experience of the instrument. The pace is slow and there is considerable room for expressive playing. It is also a useful introduction to some of the jazz harmonies that make the genre so appealing.

‘Autumn Leaves’ is another jazz standard that has been arranged and performed in countless different guises since its composition in 1945. Similar to ‘Summertime’, ‘Autumn Leaves’, is a slow tempo song with a simple, repetitive melodic line that is supported largely by a sequence of seventh chords. This gives the song huge potential for improvisation following the pattern often called the ‘circle of fifths’.

The song has a plaintive, melancholy quality about it that is not unlike ‘Summertime’, that invites you to explore the expressive possibilities of the song. In the version linked above, the aim is for players who have a little more experience of playing the piano, but the tune itself is still one that is openly possible for the less skilled player.

3. ‘Oh, When The Saints Go Marching In’ (Traditional)

The great jazz trumpeter Louis Armstrong can probably take the credit for bringing this Christian Hymn to the notice of the public through his performances with his band. Armstrong recorded his version in 1938 and set the trend for just about all other variations that followed. The structure of the song is simple and the basic harmony easily playable by beginner pianists. It is also in all probability a song that many players will already know and can be learned ‘by ear’ rather than by reading notation.

This approach would encourage all aspiring jazz musicians. As the tune covers quite a small range of notes and is rhythmically uncomplicated, learning it by ear is perfectly possible even from the early stages of piano playing. Adding the ‘swing’ to it is more challenging, likewise realising the more complex harmonisations that are possible. These can be explored once the playing technique matches the ambitions of the player.

Duke Ellington and Billy Strayhorn were responsible for composing some of the most popular jazz standards that were ever written. ‘Satin Doll’ is no exception. The song was composed of the lyrics by Johnny Mercer in 1953 and was made famous through the recording of the song by that remarkably talented singer, Ella Fitzgerald.

‘Satin Doll’ is a song that needs to be played with a gentle swing throughout although you could develop your own interpretation once the song is learned. There is a chord progression that is featured in ‘Satin Doll’ that is vital to learn as a jazz piano player. That progression is known as the ‘turnaround’ or ii – V – I chord sequence where ii is D minor, V is G major and I is C major.

The version linked to above offers an easy way to learn the tune in full with an undemanding left-hand part. As you progress, you could develop the arrangement to include more sophisticated chordal accompanying patterns and even perhaps an improvised section too.

Similar to ‘Autumn Leaves’, ‘Fly Me To The Moon’, is based around a repeating sequence of chords that are prevalent in the jazz world. The song was composed in 1954 and popularised by the infamous crooner, Frank Sinatra in 1964. This version of the song has become established as perhaps the definitive one for understandable reasons. There is a great melodic appeal in this song, which is a gradually descending sequence. In some senses, this is at odds with the idea of flying to the moon where you could imagine an upward melodic movement might be more appropriate.

The song must have a light swing in the melody that gives the piece forward momentum and a jaunty, upbeat feel. In the arrangement in the link, the left-hand is reduced to a simple single note that follows the ‘root’ notes of the chord progression. The ‘swing’ is apparent in the right-hand with some tricky syncopated moments that will need careful attention and listening. Simplifying this aspect of the tune would render the feeling of the piece a little redundant and stiff. Practising the right-hand alone initially having listened through a few times to the arrangement will help this to flow smoothly. 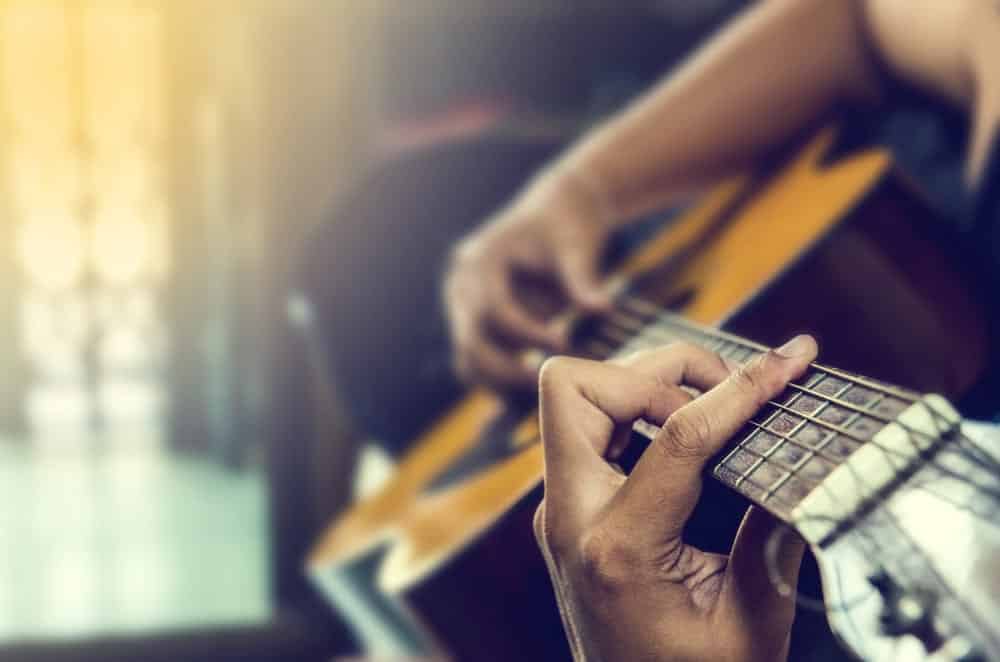