Research conducted with a remote Amazonian tribe suggests that people used to non-western music have no preference for consonant over dissonant notes.

A significant amount of anecdotal and scientific evidence indicated that the way we respond to consonance and dissonance in music was universal, with the former being considered appealing while the latter triggered negative reactions.

But researchers from the Massachusetts Institute of Technology (MIT) believe they have overturned this assumption. Data was gathered from a group of people from the Tsimane tribe, and a group of urban dwellers from Bolivia. In addition, two smaller groups made up of people from the US, including people with musical training and another individual with none, also took part.

The Tsimane do not make use of harmony in their traditional music, only playing melodic notes.

The researchers were able to replicate the results in a second study when they took Tsimane music and created artificial consonant and dissonant harmonies by shifting the pitch.

The results have been published in a paper in the journal Nature.

“The music we hear typically has more consonant chords than dissonant chords, and we may like what we are most exposed to,” researcher Josh McDermott told the New Statesman. He went on to suggest that another explanation could be that people in western cultures have come to associate dissonance with something bad happening.

There is, however, a need to remain cautious. The research will need to be carried out in other areas of the world to determine whether the phenomenon discovered among the Tsimane also occurs in other peoples isolated from western culture. That could be harder than it sounds since there are not many tribes or peoples left which are cut off from western culture.

The research is likely to fuel debate on the origin of consonance and dissonance in the development of music. Competing theories have sought to account for the contrast in a number of ways. Some theories have sought the source of dissonance in certain properties of the acoustical signal, while others emphasize the perception of music due to learning. A different approach stresses social and cultural norms which reinternalized, an idea the results of the MIT research would seem to support. 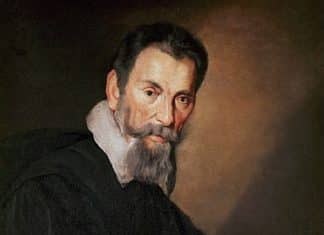 10 Incredible Effects Music Has On Your Brain