Classical music abounds in Walt Disney productions: Fantasia contains animated sequences and narrations inspired by the pieces of classical music playing in the background, whether it be Stravinsky’s Rite of Spring with its history of creation, Beethoven’s Pastoral with pegasi and centaurs or Modest Mussorgsky’s Night on the Bald Mountain with the Chernabog summoning the dead. Another good example is Sleeping Beauty, with the soundtrack largely inspired by Tchaikovsky’s score, even though several themes were taken out of context.

This is not all, however. Quite interestingly, there are quite a few shorts centered on classical music, meaning that they actually portray a performance rather than just use a well-known melody as the soundtrack.

This Silly Symphony contains a meditation on a musical dilemma of American society in the 1930s: was jazz culturally inferior to classical music?

In the Land of Symphony (a classical-music-themed kingdom contained in Music Land) the princess (the violin) is bored of the ballroom dancing and sneaks out. She ends up in the Island of Jazz, where the prince, an alto saxophone, falls for her. However, the princess’s mother (a cello) has the prince locked in the metronome prison tower, and the prince’s father (a baritone saxophone) sends out a battle cry: the result is a jazz-island artillery bombarding the land of symphony with explosive jazz and swing number, to which the latter responds with organ pipes doubling as cannons, with Wagner’s Ride of the Valkyrie playing in the background. Even though the situation quickly unravels, both monarchs manage to save the day.

This 1935 short film is the first Disney work to be produced in 3-strip Technicolor. In it, Mickey Mouse is conducting a performance of his orchestra at the park; They have just finished playing music from Zampa, and are about to begin William Tell’s Overture. Mickey has a hard time because first Peter Pig disrupts the performance with his vibrato trumpet and Paddy Pig actually plays Prelude: Dawn on his tuba. Things get worse when Donald appears with an ice cream truck, pulls out a flute and hops onstage. While the band players the Finale segment, Donald plays Turkey in the Straw and the rest of the orchestra follows Donald’s cues. He is kicked out of the orchestra but then a bee and a tornado hinder the performance to even a greater degree. Serves Mickey right. Note that the William Tell Overture is playing in random order: “Finale”, “Daybreak”, “Prelude” and “Storm”.

Toccata and Fugue in D Minor

The movie Fantasia is most commonly associated with Mickey in a star-studded wizard hat, dancing mushrooms and twirling hippos. However, its opening segment Toccata e Fuga in D minor was well ahead of its time, modeling a series of abstract animation straight from the shapes and movements of the instruments in the orchestra. While it was met with lukewarm reactions when it was first released in 1940, enthusiastic reactions ensued when it was re-released in the late 60s: the sequence is full-on psychedelic and it masterfully riffs on the shapes of bows, strings, and pipes to create colorful abstract patterns.

Mickey Mouse is a conductor and Pegleg Pete is the impresario/sponsor Mr. Macaroni in this 1942 short film by Disney. Using an adaptation of the Light Cavalry Overture by Franz von Suppé, this short features Goofy dropping all instruments under an elevator (and not revealing the mishap to Mickey) and Donald being extremely annoyed by the instrumental chaos that ensued. The Symphony Hour also marks Clarabella the Cow’s and Horace Horsecollar’s final appearance for the next 40 years.

Roaming the ocean is Willy, a Sperm Whale with immense musical talent and a dream of singing at the Opera. Rumor has it that the giant creature can sing like that because he had swallowed an opera singer, who continues to perform inside the whale. Local impresario Tetti Tatti fully believes in that story and sets out to destroy Willy, and the newspapers report that he had set out to sea. Willy’s friend, the seagull, excitedly brings him the newspaper and Willy, convinced that this means Tetti Tatti will give him an audition, spontaneously goes to sing in front of impresario.

The latter, upon listening to the whale’s performance, is convinced that he actually swallowed three sailors–thing is, Willy actually has three uvulae that allow him to display three different vocal ranges– and chases him with a harpoon together with three crewmen. As soon as they hear the whale sing, however, they refuse to strike him and tie Tetti Tatti up. Unfortunately, however, Tetti Tatti succeeds in what he had set out to do. Amid the pieces sung by Willy, you can recognize the Sextet from Lucia di Lammermoor by Donizetti. 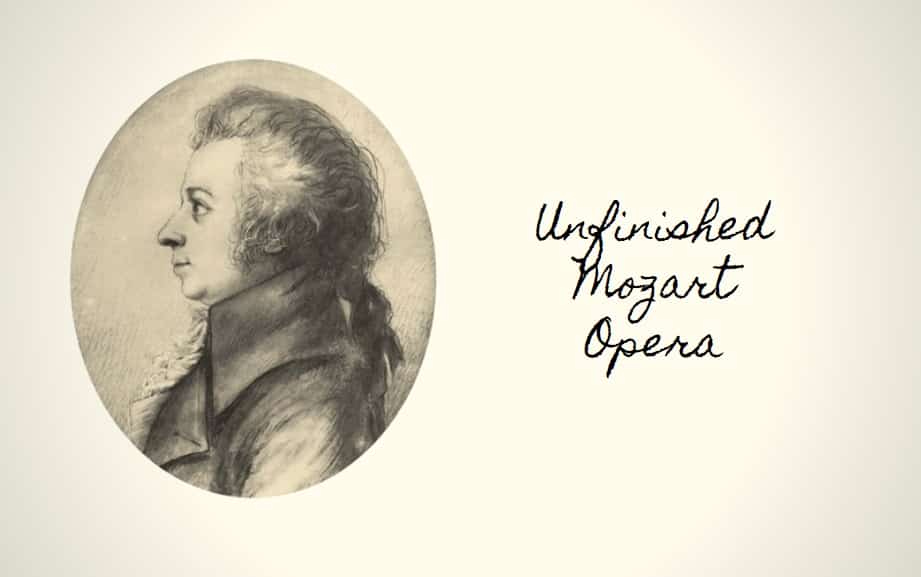 Dr Justin Wildridge - May 19, 2020
During the short period of time during which Mozart lived, he is thought to have completed six-hundred and twenty-six compositions. This includes forty-one symphonies,...