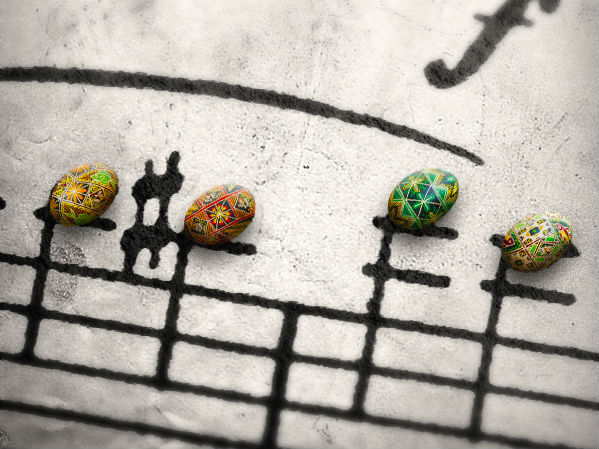 So much focus is given to classical music at Christmas time that a lot of people often overlook that there is a large number of pieces suitable for Easter. And while many of them have the religious festival as their theme, there are others to be recommended if you’re looking for a more secular approach.

Here are some musical suggestions for you to enjoy over the coming days.

Most discussion about Bach’s work at Easter focuses on the St. Matthew and St. John passions, but since Good Friday is already past, the Easter Oratorio offers an alternative. The music was adapted from an earlier cantata, and the oratorio has been described as a cantata in disguise. You can hear it performed here by the Amsterdam Baroque Choir and Baroque Orchestra.

Händel’s Easter-themed oratorio comes from his early Italian period and is in some respects close to an opera. It was first performed in 1708, at a time when opera was forbidden in Rome. The events take place between Good Friday and Easter Sunday with the main characters being Lucifer, Mary Magdalene, an angel, St John the Evangelist, and St. Mary Cleophas.

Dating from an earlier baroque period, Schutz’s work was written in 1623. The words of the gospel are sung in recitative while the music provides some ornamentation throughout.

Poulenc was once described as “half monk, half rascal,” but as his career progressed, he seems to have become increasingly spiritual. These four compositions are from 1939 and are among his most well known choral works.

Telemann’s composition from the early 18th century (1719( reflected the growing tendency to move away from the gospel by some musicians in favor of contemporary accounts of biblical events. His musical accompaniment of Brockes’ narrative of the death and resurrection of Christ has remained relatively unknown for some time.

As an atheist, Rimsky-Korsakov was less concerned with the religious aspects of the festival and more with conveying its impact in Russia and the season in which Easter takes place. He wrote that he wanted to illustrate the “transition from the solemnity and mystery of the evening of Passion Saturday to the unbridled pagan religious celebrations of Easter Sunday morning.”

Haydn, the Seven Last Words of Our Saviour on the Cross

This was one of the works which helped the Austrian composer to rise to international fame. He composed it for service in Cadiz Cathedral in 1786 when it was customary for the bishop to lead service by speaking each of the seven short phrases which, according to the Bible, Jesus said on the cross. The bishop would then hold a brief sermon on each. This meant the composition had to produce music for the intervals between the spoken parts of about ten minutes in duration. “My composition was subject to these conditions, and it was no easy task to compose seven adagios lasting ten minutes each and to succeed one another without fatiguing the listeners; indeed I found it quite impossible to confine myself to the appointed limits,” Haydn wrote.

If opera is more your thing, this one-act piece was set on Easter. It includes the Easter Hymn, which is often played as a stand-alone piece, as well as themes of jealousy and death.

Gustav Mahler, Symphony No. 2 “The Resurrection”

Mahler took six years to complete this symphony. He was inspired in 1894 by a poem by the German enlightenment figure Friedrich Gottlieb Klopstock, entitled “Auferstehung” or “Resurrection.” Mahler proceeded to use the first eight lines of the poem and wrote some more of his own for the chorus to sing in the symphony’s fifth movement. 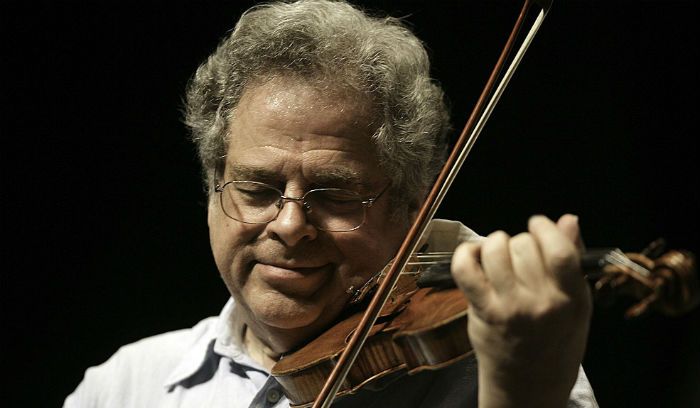 Angelica Frey - Aug 3, 2015
“Practise slowly” is the most common advice violinist Itzhak Perlman gives children whenever they ask him for his autograph. Practising slowly, he continues on...