This video was posted to Youtube by Grant Woolard containing 57 pieces of classical music from 33 composers. They are crammed into a little more than 6 minutes of music to produce an entertaining classical mash-up.

The mashup contains everything from Bach to Elgar. Many of the pieces are instantly recognizable, such as the opening of Mozart’s Eine Kleine Nachtmusik which starts it all off.

Woolard’s video seems to have struck a chord, reaching over 450,000 viewers in the first three days. He has made several mash-up videos before, including one combining famous TV commercials, and another made up of the national anthems of east Asian countries.

Several users left their thoughts on Woolard’s latest mash-up, with one even managing to list the vast majority of the works contained in it. The only criticism his latest work seemed to get was that it fades out at the end, rather than finishing with a dramatic climax.

How many of the classical pieces can you identify? 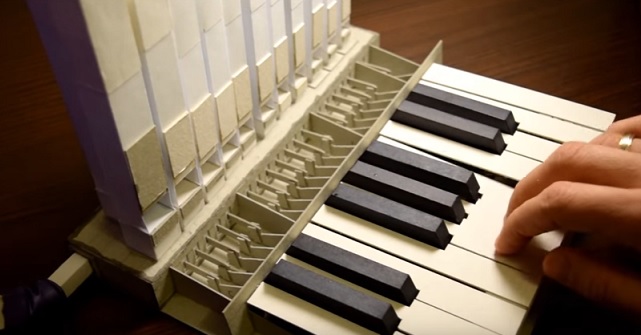 With Only Paper and Cardboard can Produce Tiny Pipe Organ

CMUSE - Mar 7, 2017
In the world where musicians and instrumentalists are buying very expensive instruments, someone has also crafted instruments producing very cute sounds just with the...