In my experience, as a performing musician and especially as a composer, it is almost impossible not to draw some inspiration from the sounds of the natural world. The sheer diversity and beauty I find almost endless in its variety, from the rustle of autumn leaves to the vast catalogue of bird song.

For many composers in the classical world of music, nature has also provided a starting point for creativity and given us some of our most treasured musical pieces. Below are a small but I feel important, selection of compositions, drawn from the classical repertoire, that have been stirred by the sounds of nature.

Classical Music Inspired by the Sounds of Nature

Perhaps one of the most famous of the Chopin Preludes, the ‘raindrop’ prelude has attracted its nickname from the repeating A flat (G sharp), that sounds throughout the piece. This is thought by some to represent raindrops although the validity of this claim is not as strong as it is often presented.

This prelude was composed in 1839 as one of 24 preludes in total, representing each of the twelve major and minor keys. It is one of the longest preludes of the collection and falls broadly into a ternary form (ABA), with the central section changing the key to C sharp minor (the tonic minor), from Db major. The mood of the piece is changeable with a light and playful opening that darkens into the almost funereal central section.

George Sands, a deep friend of Chopin’s notes in her diaries that she discovered a traumatized Chopin on her return to a visit to her son. Chopin reportedly had dreamt of his own death by drowning in a river. From there the composer had played to Sands a work that may have been this prelude with the suggestion that the falling freezing water of the dream may have been the start of this composition.

In spite of the portrayal of Beethoven as a grumpy, rude and solitary man, his love of nature is far more important to his music than vagaries about his disposition. Beethoven adored the countryside and would often take long walks regardless of the weather. He would nearly always be accompanied by his sketchbook so that in the heart of nature he could notate his ideas undisturbed by other humans.

Interestingly, Beethoven Fifth and Sixth Symphonies crossed over. Beethoven was working on the sixth as he completed the fifth which seems remarkable given the stark contrast between them. The tempestuous nature of the fifth is so far removed from the calm, optimistic sixth.

It is important to note that the Sixth Symphony should not be confined to the limited category of tone-poem, or programmatic. The work shows the side of Beethoven that is sometimes forgotten.

Each of the movements is titled by the composer from the opening “pleasant feelings which awaken men in the countryside”, through to the thunderstorm of the fourth movement. If you listen carefully you might also spot the birdsong Beethoven includes in the second movement with the quail represented by the oboe and the nightingale by the flute.

3. Rimsky-Korsakov – Flight of the Bumblebee

Over the years since this brief piece was composed, it has developed into one of the most popular encores works ever. It has also become for many the opportunity to approach it as lightning speeds that at time defy the limits of human capability.

Originally, the Flight of The Bumblebee was composed by Rimsky-Korsakov as an interlude or intermezzo for his opera “The Tale of Tsar Saltan”. The opera is not often performed these days but the interlude has endured and indeed flourished since its composition between 1899-1900. Rimsky-Korsakov, unlike Chopin, intended for this composition to directly represent the erratic flight of the wonderful bumblebee.

Like the characteristic flight of the bumblebee, the composition itself is full of twists and turns that are actually ‘leitmotifs’ from the opera. The whole piece consists of a rapidly moving series of chromatic semi-quavers, that if played with sufficient vigour and technical facility, do capture the nature of this small but important garden creature.

Debussy was one of the most influential composers to come out of the Impressionistic period of music. His enviable ability to conjure images through his music remains largely unsurpassed perhaps except for Ravel and later Toru Takemitsu. This then is all the more remarkable when you consider Debussy was, for the most part, untrained in the musical arts leaving his imagination and individuality free to arrive through his compositions.

Throughout many of Debussy’s works nature features and La Mer (or The Sea) is for me one of the most unique. La Mer is not to be taken as a literal description of the sea but more an evocation. For inspiration, Debussy is said to have drawn upon his childhood memories of holidays by the sea as well as his lifelong fascination of it.

At the time Debussy began sketching the composition he was living in Burgundy, at a considerable distance from the sea. La Mer is a glistening, delicate orchestral work that fully exploits the generous orchestra Debussy uses. The colours and sonorities Debussy creates are spellbinding. The composition falls into three movements and the entire piece lasts around twenty-four minutes.

This work is the most recent example of classical music and nature combining seamlessly. It was composed for piano and small orchestra between 1955-56 and is one of Messiaen’s most stunning compositions. The work contains a luxuriously complex collection of sounds that include the bird songs of India, Malaysia, and South America. Alongside this natural musical material, Messiaen employs Greek and Hindu rhythms that can be heard in the percussion.

The form of the music is as you might anticipate, highly inventive and falls into thirteen groupings. In the second section which is really a piano cadenza, we hear the wood thrush. In the sixth, the piano presents a cadenza on the Virginia cardinal. I have hardly begun to explore and expose the depth of this piece and encourage you to investigate further. 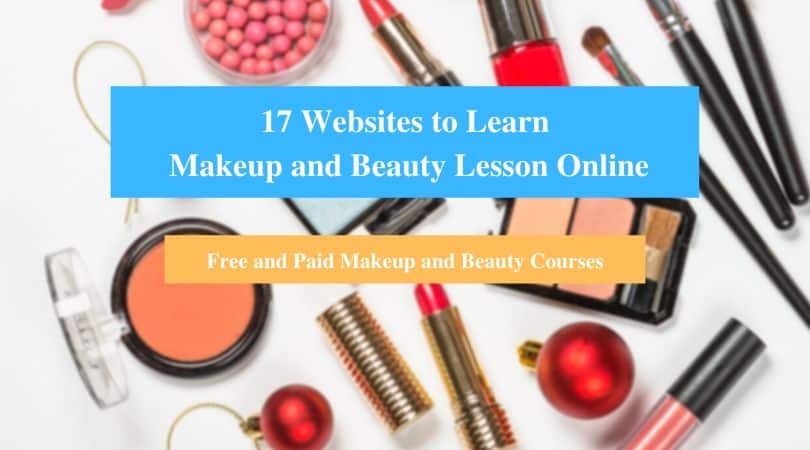 17 Websites to Learn Makeup and Beauty Lesson Online (Free and...