It can be increasingly tough to find the time and space to relax and allow the challenges of the day to quietly disappear. For many people having a few spare moments to focus on music can bring great relief from the stresses and strains of everyday life. Different pieces affect different people in many ways and there is certainly no guarantee that the music I have selected below will work its magic on everyone, but it is a starting point. What is suggested by some practitioners of meditation is music that is close to 432Hz can bring you closer to the vibrations of the universe.

The music of Mozart has often been associated with meditative qualities and even the power to enhance intelligence. This flute concerto is certainly one of the lightest and joyful of Mozart’s works for the instrument. The concerto was composed in 1778 and it is in the classical format of three movements. This movement is the central slow movement, deeply lyrical and bright giving the soloist plenty of opportunity for expressive playing. The outer movements are an Allegro maestoso and a Rondo to conclude. In spite of the sublime fluency, Mozart demonstrates in this concerto, and how beautifully he allows the instrument to shine, Mozart detested the flute.

2. ‘Méditation’ from Thäis by Jules Massenet

This brief piece originally written for solo violin and orchestra was composed in the latter part of the 19th century. It comes from an opera, now rarely performed, called ‘Thäis’ and the meditation was intended to be played between Act II and Act III. It depicts a time of reflection during the opera and this is clearly apparent in the music and the tempo marking of Andante Religioso.

The solo violin is gently accompanied by the orchestra throughout the composition, allowing the passion of the melody to soar above. In the opera, the outcome for Thäis is his own death and the meditation comes only shortly before this section. Given the optimism and hope that seems to pour from the music, it is hard to associate it with such tragedy. The ‘Méditation is a wonderful example of late French Romantic music.

Perhaps one of the most celebrated of all Fauré’s compositions, the Requiem was completed and performed in 1888. Unlike many Requiem’s, Fauré’s composition was not written from grief or mourning although he had lost his Mother whilst composing the work. Fauré scored the piece in five movements of which the Pie Jesu is the third.

The forces Fauré employs are a mixed choir, a soprano soloist and an orchestra without violins. Additional instruments include harp, organ, timpani and a solo violin only in the ‘Sanctus’. Many of the melodies and rhythms Fauré uses in the Requiem were inspired by Gregorian Chant. The setting of the texts is open and reflects the composer’s view on death as a ‘happy deliverance’. The Pie Jesu is not a traditional part of the Latin Mass but here it stands as one of the most popular settings of the text and one of the most re-arranged.

This modest collection of six pieces that Liszt titled ‘Consolations’ are amongst the most undervalued of the composer’s catalogue. The works can be played together or as stand-alone pieces. The popularity of the third ‘consolation’ is perhaps due in part to its similarity to a Chopin Nocturne.

Composed in the plush key of D flat major the third consolation is a slow reflective piece with a rippling triplet accompanying figure that supports the effortlessly flowing melody. The theme is remarkably simple and seems to drift without a care across the subtle harmonic changes that Liszt offers. There is no bombastic virtuosity here, just quiet, thoughtful and calm musical writing, expertly crafted for the piano.

The ‘Three Gnossiennes’ are amongst Satie’s most well-known pieces for the piano alongside the ‘Gymnopedie’. These three compositions were composed in the 1890s and published only a few years later. Satie was a highly experimental composer and these three pieces were like many other of his works in their appearance. The original manuscript has no bar lines or time signatures and looks at a first glance as if there has been a printing error.

Each of the Gnossiennes is simple in form, harmony, rhythm, and melody; almost naïve. Their character is a perfect blend of wistful and thoughtful with a profound sense of being. The meaning of the title of the pieces is a mystery without the composer leaving any reliable clues. Speculation has revolved around associations to ‘Gnosticism’ in which Satie was deeply interested or the origins in the Greek word ‘knossos’. They are timeless pieces.

The colourful images that Debussy can produce through his music are seemingly endless and delightful. ‘Claire de Lune’ comes from a suite of pieces for solo piano that Debussy titled ‘Suite Bergamasque’. The suite underwent some major edits before it’s final publication in 1905 even though Debussy had begun work in 1890. Each of the titles of the four sections of the suite comes from the poems of Paul Verlaine, of whom Debussy was a devotee.

‘Claire de Lune’ is the third of four pieces and probably the most famous. The music if freely flowing with lusciously warm harmonies that you would expect from this master of impressionism. Melodically, it is almost child-like and the rhythmic complexities are swallowed by the beauty and effortless course of the piece. It is perhaps a curious thought given how adored this suite is that Debussy was so reluctant to publish this music, feeling that is was not mature enough. Needless to say, it is now a firm favourite in many pianist’s repertoires and music that is superb for relaxation and reflection. 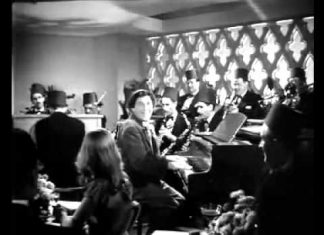 CMUSE - May 27, 2016
Known popularly by the nickname Chico Marx, Leonard Marx was the eldest of the Marx Brothers who gained fame for themselves in the entertainment...