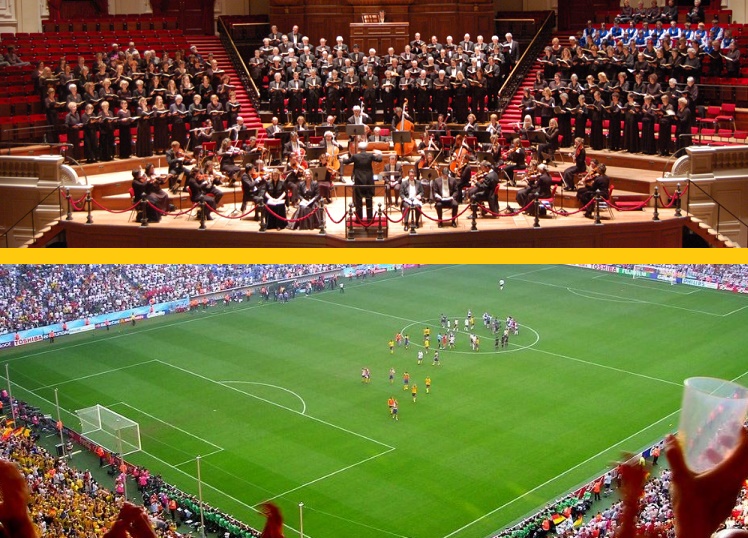 It is now official. Many people might have guessed wrong but after the official announcement, there is no denial. If you are thinking which is more popular between classical music concerts and football, then it is the classical music that wins this competition.

It is true that classical music concerts are more popular than football matches in Germany. We should be congratulating the Germans for showing their interest in classical music and keeping its spirit alive for the younger generations to come.

No doubt that Germany is the host of the new footballers and matches, and evidently it has been one of the best European teams as well. Germany is also the house of many famous composers and finest musicians. But, it is no surprise that Germans are more interested in the classical music even in the fast moving decade.

It was observed the last year that there was a sudden increase in the concert attendance. The viewers of football matches increased but at a lower rate. The DOV’s Managing Director Gerald Mertens pointed out that classical music concerts drew 40 percent more attendance than the football Bundesliga.