Now, you’ve all seen Damien Chazelle’s, Whiplash, yes? In the movie, a music conservatory student in New York practices drumming until his hands bleed. But is it really possible to play until your fingers bleed that much in real life? Apparently so!

Cincinnati World Piano Competition, shared the photo of a blood-smeared keyboard after Rui Urayama, of Japan, finished her performance of the Bartok Sonata in Wednesday’s quarter-finals. “The technician spent 15 minutes in rubber gloves cleaning up with a very powerful cleanser before anybody else played,” one of the judges, Frank Weinstock wrote.

Bleeding on the keyboard, however, is not “amazingly unusual,” wrote Weinstock in a message, “but none of us have ever seen anything to this extent.”

The finalists and repertoire for the Cincinnati World Piano Competition are: 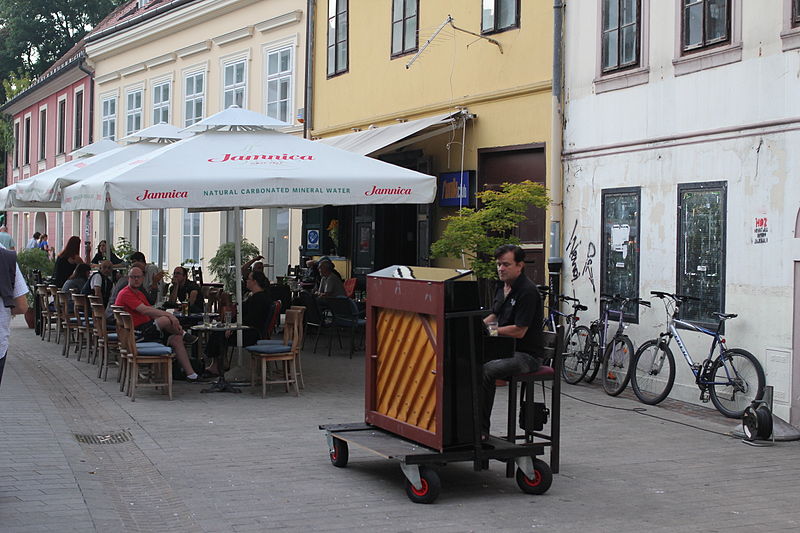 Jordan Smith - Sep 30, 2016
Tatyana Smolyaninov was in New York recently when she came across a piano sitting in the street. She asked a man standing nearby if...

Strikes spread at US orchestras

Can this banjo player impress the cows?