The idea of many tonal pieces of music, or compositions that are written in a given ‘key’, is for the composer to ‘modulate’ during the piece. What this means is that the piece, as it progresses, moves into a new key or keys. It is perfectly possible for a composition to remain broadly in the same key without a modulation, but in longer forms of music, modulations play an important role in the harmonic and structural development of the music.

If we examine a form of music commonly used by Classical composers such as Haydn, Mozart, and Beethoven, called Sonata Form, the change of key within the music is a vital component of the composition.

In Sonata Form, there are most often two contrasting themes. This thematic material provides the basis for an entire movement of a Sonata or Symphony or Concerto. The first theme would traditionally be in the home or ‘tonic’ key of the piece. The second theme then sounds in the dominant key. There are always exceptions to this rule, but this is the most frequently used model.

If the composition was in the key of G major, for instance, that would place the first theme in G major, and the second theme in the key of D (the dominant). The way the composer moves the music from one them to another is a modulation often achieved by a melodic and or harmonic movement that includes the ‘accidental’ in the new key.

In this case, the new accidental would be a C sharp as the key of D has two sharps in its key signature: F and C. Harmonically, the modulation is often approached through the dominant of the dominant. This sounds confusing at first but makes sense when you think more closely about it.

From the tonic of G major, you would introduce the chord of A (possibly A7), directing the ear towards a new key. That new key would be D major (the dominant of G major) but the A chord effectively forms a perfect cadence (chord V – I), in the new key.

The clever thing is that very often, unless you are aware of these harmonic modulations, or have a very acute ear, you will not even notice the change of key. In many ways, this is the trick to performing a secure modulation in a composition unless it is for a particular effect. In many songs from the Musicals or pop ballads, it is not uncommon to hear the final chorus performed a semitone or tone higher.

In some songs, there is no harmonic preparation as you might find in classical works, the new key simply starts. The effect produces an immediate feeling of a new direction and a certain renewed energy as the song moves towards its conclusion.

As a small example of this kind of modulation, listen to the song titled ‘Mandy’ (https://youtu.be/kKDVq9hHqGc) by Barry Manilow.

Manilow is the master of modulation when it comes to songwriting and even though the songs are stylistically dated, they remain, to my mind, very credible and well-written pieces.

Another important tool in the composers’ composition kit is a chord that does not belong to a particular key. This chord is the diminished 7th chord and is made up of ‘piled up’ minor thirds. If you begin on an ‘F’ for example, the notes you need for the chord would be as follows: F, Ab, B, D. Given that this chord is not associated with any key, it means it can be used almost anywhere in composition to change the key. What it does is temporarily destabilize the harmonic picture just enough to allow the composer to direct the music in another direction. Care must be taken however, as overuse of this chord can render a composition superficial or at worst unintentionally comic.

The advantage of the diminished 7th is that it requires very little preparation in terms of harmony or melody. It is advisable to move the melody towards that new chord with a sense of purpose unless the idea is to create a tension perhaps with an immediate change of musical direction. Often you will discover that composers use the diminished 7th during a developmental section in the piece or to move back to previous material or indeed new material. There are many options.

The opening of Beethoven’s ‘Pathétique’ Sonata for piano (Op. 13) in C minor is a good place to start exploring the use of this flexible chord. In the opening few bars, Beethoven makes full and dramatic use of the diminished 7th to build to a dominant 7th chord on Bb in bar 4 before settling on the key of Eb major.

Apart from the tension created by Beethoven’s use of the chord, he has also seamlessly modulated to the tonic major of Eb. Numerous examples of this kind of modulation exist in the classical repertoire very worthy of exploration.

A modulation technique the is equally popular amongst composers is achieved by adding the minor 7th to any given tonic. If we elect to use the key of F major as our starting point, I will illustrate how effective this can be both harmonically and melodically.

A fluent way of travelling from the tonic of F to the sub-dominant of Bb is by adding the Eb to the chord of F giving the notes, F, A, C, Eb. What this does is turn the tonic into the new dominant of the new key. This means that F becomes the dominant (7th) of Bb major. If as Bach regularly demonstrates, the flattened 7th is included in the melody then the flow of modulation is smooth.

This type of modulation to the sub-dominant can progress circularly until you end up back in the key you started in. If we continue from Bb and add its 7th (Ab) then this chord becomes the dominant 7th of Eb major; add the flattened 7th to Eb (Db) and you get the dominant 7th in the key of Ab. Simple yet remarkably effective modulation.

There are too many other possibilities to mention in such a short article but I hope these provide an interesting starting point for further exploration and compositional development. 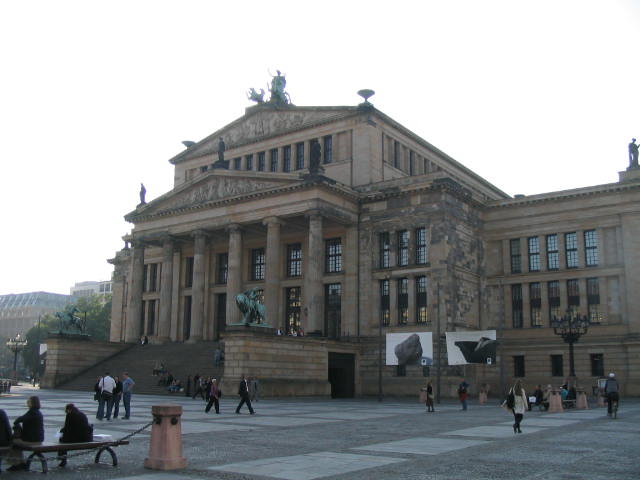 Jordan Smith - Jan 18, 2017
Most classical music fans, when asked their opinion of the sound of Berlin, would likely assume you meant the acoustics in the Berlin Philharmonie...

7 Famous Russian Classical Music Pieces You Should Listen To