Throughout the Bible references to music are made, often with descriptions of occasions that were marked by music. Accounts of various types of instruments are mentioned as we will discover later in the article including the name Jubal who is credited as being the inventor of musical instruments.

Jubal is mentioned in Genesis (4:21) and was the son of Lamech and Adah. In this article, I will take a closer look at the music of the early Hebrews whose contribution to musical history before the Greeks and the Romans was of great significance.

The single most dominant aspect of music throughout the Bible is singing and the use of the voice. “Sing to the Lord a new song, for he has done marvellous things; his right hand and his holy arm have worked salvation for him”. (Psalm 98:1) demonstrates the importance of using the voice to praise God and to glorify His name. Psalm 150:1-5 mentions the use of the trumpet and strings and pipe to praise The Lord alongside dancing. It would seem highly probable that music and dance were a key feature of worship and celebration in the Hebrew culture.

David, perhaps more famous for slaying the giant Goliath with his sling is singled out in the Bible as a musician. The Book of Samuel credits David as being a harp or lyre player of great skill. As one of the most important figures in the Bible, David stands as a fine example of an early Hebrew musician and indicates that the harp would have been a favoured instrument at the time.

Looking further into the Hebrew or early Jewish culture there appears to be a distinction between cultic and non-cultic music [1]. This essentially means the first type of music Halil and the Shofar. The Halil is a flute that came in various sizes and the shofar a hollowed out ram’s horn that must have made an impressive sound. Women were not permitted to sing at the cultic ceremonies but did take a more active musical role in the non-cultic rites.

The Temple practices were all but dissolved by the first century AD as Christian practices began to dominate. The Jewish people actually banned music as they scattered and divided such was their sense of loss. Perhaps the earliest example of Jewish traditional music can be found in the liturgical poems whose musical form began to solidify around this time through the fixing of certain melodies to the text.

Oxyrhynchus hymn”. This hymn with musical notation and text is written on a scrap of papyrus having been discovered in 1896 in a rubbish bin outside Cairo. It dates from somewhere in the first four centuries of Christianity. The words are set mostly in a syllabic manner with only the occasional melisma. Tonally, the music is close to the modal system and spans an octave (F – F). Here is a link to a performance of this ancient music.

Ancient Christian music developed significantly from the fourth century onwards. The growth in popularity of monotheism and Christianity gave rise to new musical innovations that centred on the Christian liturgy. It is highly probable that these pieces orientated around male voices with little in terms of additional instruments, although this may have varied across the different Christian factions.

It is with a strong degree of certainty that the early Christian hymns were based upon work of the Hebrews and later that of the Greeks and Romans. It is thought that improvisation may have played a significant role in the vocalisation of early hymns with the suggestion that it may have resembled the Greek orator whose improvisations were underpinned by another singer who remained on a static tone. The Oriental Greek Catholic Church still uses a very similar style in its services today.

Saint Ambrose (born AD 338), was a key figure in the development of early Christian music. He held a strong preference for the older Greek modal system where only semi-times and tones used in successive degrees, formed each mode. This gave rise to what historians call the Ambrose Modes. Saint Ambrose is also credited with having solidified the use of antiphonal singing in Churches where one choir or soloist sings a verse that is then answered by the second choir. This was viewed by many in the Church as fully respectful and appropriate for the glory of God.

In concluding this article I need to draw the final focus on the work of Pope Gregory. Unlike Ambrose, his compositions are well known to us as is the very particular sound that is Gregorian Chant. Scholars often consider that Pope Gregory himself may not have been fully responsible for the chant but instead that is derived from a mixture of Roman and Greek chant. Whether it was his work or not, the development in Christian music was significant and paved the way for the wonderful sacred and secular works that followed over the coming centuries. 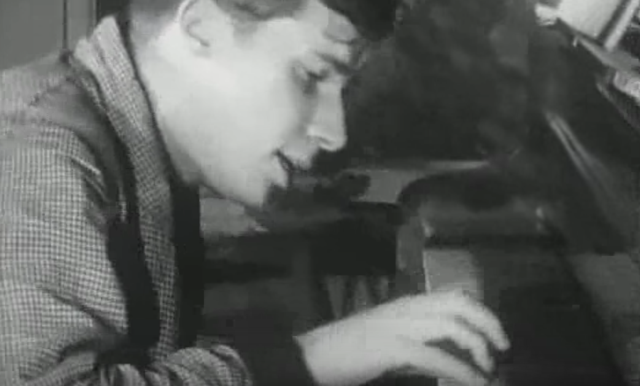 Have you ever seen this rare footage of Glenn Gould practicing?

Angelica Frey - Aug 3, 2016
Prepare to be mesmerized by this video of Glenn Gould practicing the Sinfonia part of The Partita no.2 by Johann Sebastian Bach. A lifelong admirer...