When a music prodigy emerged on the forefront of Pop radio with covers of Bon Iver and Ed Sheeran , Jasmine van den Bogaerde amazed even casual listeners. Known in music as Birdy, the 14 year old garnered tremendous press with her unique take on a song followed by every millennial who claims to like “indie music,” Skinny Love in 2011. Using just a piano and her graceful vocals for the cover track, Birdy did more than put herself on the map. She made a new one.

Three years later and the child has grown much. Her sound continues to showcase a maturity from her world­renowned presence on TV and in media following the success of her self­titled debut. Birdy’s latest release is titled Fire Within, containing the single Words As Weapons. This song goes beyond the obvious note regarding bullying and emotional abuse. It hits a new chord, both in the musical songwriting as well as the overall lyrical theme. Fire Within has already taken in several music awards, and helped catapult the rising star to new audiences through feature songs in films like Pixar’s Brave and The Fault In Our Stars. 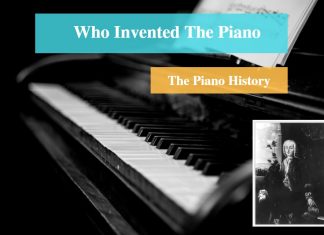 CMUSE - Aug 31, 2017
Before talking about the piano, who invented it, and its history, the early instruments which influenced and led to the invention of the piano...