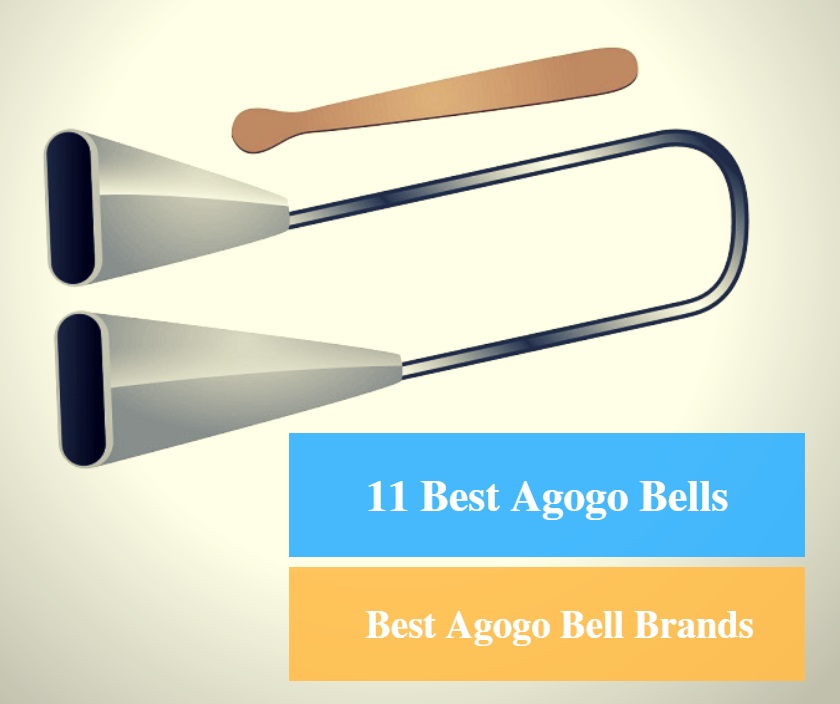 What are the Best Agogo Bells? 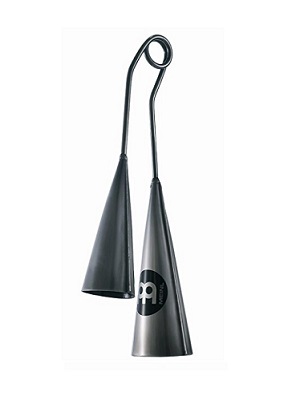 There are several models of the instrument. Some of them have just a single bell while others have multiple bells. Agogo bell has the highest pitch among bacteria instruments now. It is played by hitting a stick on it.

There are several reasons for its popularity. As simple as it is, it offers multiple sounds. The sound you get from it depends on the material you hit against it. When you hit a steel against it, a different sound is produced. When you hit copper against it, you will get a different sound. Its best sound is produced when it is struck with a wooden stick. This is why it is usually played with a wooden stick.

The Yorubas are not the only tribe that plays the instrument in Nigeria. The Igbos and several other smaller tribes use it too. For the Yorubas, it is much more than just a musical instrument. It is used to invoke deities like Sango (deity of thunder and lightning – it is pronounced Shongo), Ogun (deity of iron), Osun (the river goddess) and a few other deities. All the deities are collectively known as “Orisa (pronounced as orisha)”

While the panegyric of each deity is being chanted, agogo bells are played along with it. It is done in supplication for something from any of the deities. It is believed that the deity being invoked will be very happy and he or she will grant the request.

Yoruba masquerades also enjoy the sound of agogo bells. They are usually excited when it is played for them and they dance better and longer. Some white garment churches also believe in it. They play it during their services because they believe their sound stirs angels above.

These agogo bells weigh 1.1 pounds together and they have a total dimension of 6.7 x 3.4 x 14.2 inches. Apart from playing them with a wooden stick, they can also be squeezed together to make another great sound because they have a very flexible neck. The sounds produced by the bells match tonally. While some people see this as a plus, others who prefer a variety of sounds do not like it.

Any instrument produced by LP is an instrument you can trust. LP agogo bells replicate the sounds produced by some bells manufactured in a certain part of Brazil. Maybe they were fashioned after those bells.

Gon Bops is an 11-inch agogo bell that comes with a clamp. The instrument is made with heavy-gauge steel so it is tough and durable. The V-clamp mounting system is for nothing but secure grips of rods and arms. Gon Bops is known for its high quality. It is also very light so it can be played for a long time. Gon Bops weighs just 1.1 pounds.

Drier sounds with little overtone are the major reason the instrument is ideal for a wide variety of musical situations. The sound is suitable for Jazz, Rock or some Latin music. Having a total dimension of 12.8 x 5.2 x 3 inches, its compactness is another attractive feature of the musical instrument.

SMIC agogo bells also come with their wood strikers. These bells have a sturdy construction so they won’t break easily. A lot of music teachers approve this pair of agogo bells. They are also very light like the other bells. They weigh about 11.2 ounces. They produce two major tonal notes.

They produce nice, loud and simple sounds. They have a total dimension of 13.5 x 3.5 x 3.5 inches. To ensure they are delivered intact, they are separately shipped from the other orders of the same customer. Apart from the United States, they are shipped to select countries so you might need to confirm if your country of residence is among before placing your order.

One of the distinctive features of Rhythm Band agogo bells is that they come with their own mallet. They are also light. They weigh just 12 ounces. However, if you think they are too light to produce great sounds, you are in for a great shocker. They produce loud and great sounds.

The bigger one of the pair of bells is a little above a foot long while the smaller bell is just 8 inches long. The space between both bells is 2 inches. In a nutshell, the total dimension of each pair of Rhythm Band agogo bells is 13.4 x 3.5 x 3.5 inches

One attractive feature of Nino agogo bells is their being very easy to handle. They are about the easiest agogo bell to handle. They offer a black powder coated steel finish which makes them combine beauty with style. NP agogo bells produce two major tonally distinct sounds and they also come with a wooden beater.

Unlike the others, these agogo bells comprise of three bells as against the usual two. This is a distinctive feature on its own. The biggest bell is 3 inches in width and another is about 2.8 inches. In fact, they have a total dimension of 17 x 3.5 x 1.5 inches and a total weight of 12.8 ounces.

Having three bells gives the production of three different notes, more variety of sounds. However, you should keep them out of the reach of kids under 3 years because they have small parts that could choke kids. Despite being three in number, they are very easy to play.

According to their name, they offer two distinct tones. This implies that each of the bells offers a different tonal note. Like other agogo bells, they are lightweight and durable. They are believed to be fashioned after some Brazilian agogo bells because of the similarity in their sounds.

Remo brand is known in both the Northern and the Southern parts of Brazil because of the collection of the musical instruments that have been developed by the brand. These bells weigh about 10.4 ounces and they have a total dimension of 10 x 10 x 10 inches. These bells can only be shipped to some select countries so you should confirm before placing your order.

Pearl mounted agogo bells have a distinct look and feel. They produce two distinctive tones. Pearl agogo bell is a new addition to the list of Brazilian percussion instruments. However, the bells produce great sounds like the other agogo bells and they are also suitable for Samba, Rock and a wide variety of music.

What a lot of people will like most about these bells is that they come with a bracket with which they can be mounted beside a drum set or elsewhere. This implies that they don’t have to be held with the hand for hours. Their weight is another attractive feature. They weigh just 7 ounces! And they have a total dimension of 3.9 x 3.9 x 3.9 inches

These double row agogo bells were manufactured by Cecilio, a world famous manufacturer of musical instruments. They are very easy to play. They are relatively lighter than most agogo bells. They have a total weight of 9.6 ounces and a total dimension of 17 x 4 x 6 inches.

They come with small parts so you should keep them out of the reach of children under 3 years as these parts could choke them. At the moment, they cannot be shipped to locations outside the United States. This is quite unfortunate. If you don’t reside in the United States and you are interested in this product, you could either check if it is sold on another platform or opt for a close substitute that is eligible for international shipping. 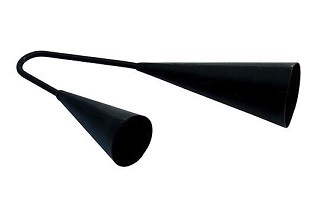 These bells produce great sounds and they come with their own wood mallet. Each of the pairs of bells produces a fine distinctive tone. They are mostly used for samba and carnival music because of the loudness of their sounds. Each of the bells can either produce a high tone or a low tone depending on how they are played.

They are also commonly used in African set ups. This pair of agogo bells is the closest to the oldest type of agogo bells. The bells are held together by a steel bar. The musical instrument is very old and it is not likely that it is still in production. However, it offers great value for money.

Great players of agogo use it to pass messages in Yoruba. When a great agogo player is passing message everyone and anyone who understands the Yoruba language will get the message. It does not require any special skill. Most importantly, no Yoruba festival is complete without playing agogo bells. They are also used to pass messages in Brazil.

Over the years, several versions of agogo bells have been produced by different manufacturers. Choosing any of them should not be difficult since they all offer similar kinds of sounds and they also share so many similarities.

They are all very tough and durable since they are all made of either a certain type of metal or a combination of metals. They all also come at reasonable prices. Agogo bells do not have any maintenance cost at all. You just need to clean them with a damp piece of cloth.

Ensure you keep them away from water or any liquid substance to avoid rusting. Every pair of agogo bells is good enough to last a lifetime. They do not also develop faults. It is worthy of note that there are many more brands and models of agogo bells. 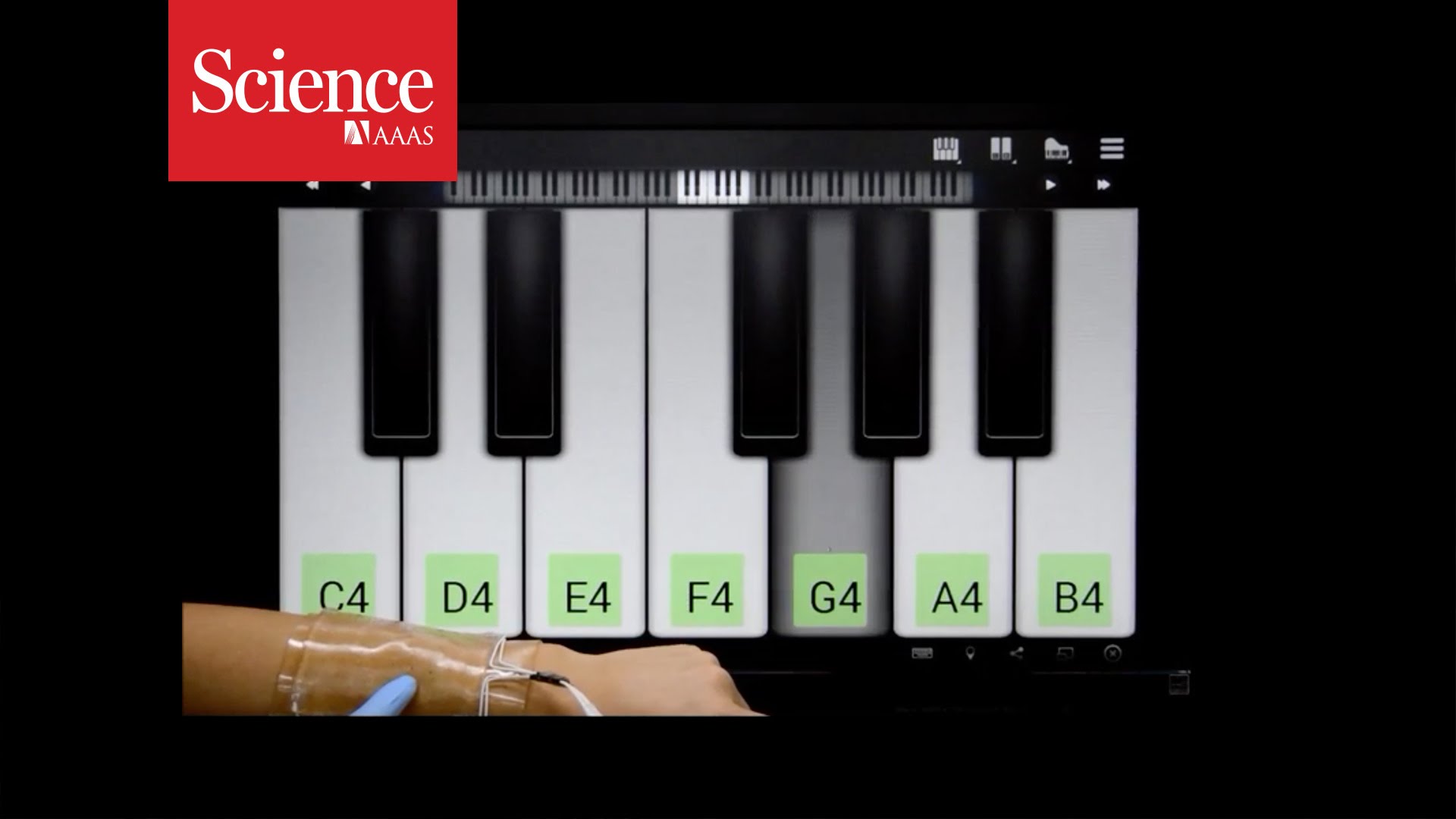 How to Choose the Right Musical Instrument?