Known popularly by the nickname Chico Marx, Leonard Marx was the eldest of the Marx Brothers who gained fame for themselves in the entertainment industry in the initial years of the 20th century. In the scene below from the 1946 movie Night in Casablanca, Chico Marx plays the 88 keys like no other, doing his own variations of “The Beer Barrel Polka” and “Moonlight Cocktail”.

It was said that Chico never practiced the pieces he played. Instead, before performances, he soaked his fingers in hot water. He was known for ‘shooting’ the keys of the piano. He played passages with his thumb up and index finger straight, like a gun, as part of the act.

The Marx Brothers films are wonderful and so entertaining! Too bad they don’t make movies like this anymore…pure fun and laughs. 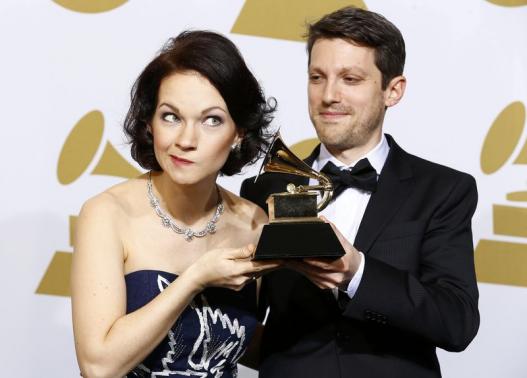 The 2015 Grammy Awards: Listen to the Classical Award Winners