The Members of French juggling ensemble Les Objets Volants show us how Bach’s Prelude n.1 in C major can be executed with boomwhackers which, in case you are not familiar with the term, are tuned plastic percussion tubes.

This performance, which grows more and more hectic as the music progresses, It is part of Liaison Carbone, a show that portrays human-scaled particle physics. “Our language is deployed by playing with objects, bodies, air, and ground, like the four states of contemporary alchemy. Our perfection is less in the eternal suspension than in an instantaneous game of adaptation,” reads the artists’ statement of the show.

About the piece of music
The Prelude in C Major, which is followed by a fugue in the same key, is the first prelude and fugue (out of 48) in the first book of the Well-Tempered Clavier. The prelude mainly consists of broken chords, continuing with variations on harmony and change of key and ends with a single C major chord. It is 35 bars long, or 36 if you follow the edition containing the Schwencke Measure, which was apparently added by Christian Gottlieb Schwencke while trying to correct what he deemed a “faulty progression.” 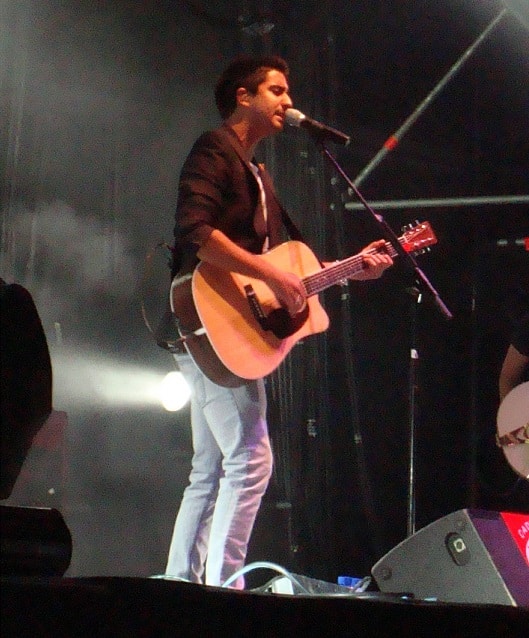 CMUSE - Jun 9, 2018
Biography of Alex Ubago  Alex Ubago has managed to embed himself into the nation and the world’s DNA thanks to his brand of heartfelt ballads...

Online Tensions Rise With New U2 and Apple Team Up

Backstreet Boys’ ‘I Want It That Way’ In Bach Allemande Mode