Bach English Suites are a collection of six suites ranging from BWV806-811. They represent some of the composers’ most meticulous and inspired writing crowning the Baroque idea of a suite of pieces. Alongside the French Suites and the Six Partitas, they illuminate Bach as a mature composer, assured of his craft and in full command of the keyboard. They are often virtuosic, yet innovatively realized and a challenge to play with competence.

Each of the six English suites includes a Prelude, Allemande, Courante, and a Sarabande with the final two movements, either as a Gavotte, Gigue, Passpied, Bourée or a Menuet. The opening ‘preludes’ are where the virtuosity begins. The feel in these opening sections is as if Bach designed them to be an opportunity for the keyboard player, and probably himself, to demonstrate their skill on the instrument. This is particularly in evidence in the final prelude that is seven and a half minutes long. It is worth remembering that even though we recognize JS Bach more as a composer than a keyboard virtuoso, in his day, it was the other way around with only a handful of his compositions published in his lifetime.

The question naturally arises as to why Bach called these suites ‘English’? Whilst it is acknowledged that Bach lived in different areas of Germany, including, Lüneberg, Weimar, Mülhausen, and Eisenach (where he was born), he did not journey to England. It is quite possible, however, that Bach had access to or even had heard performances of music from England, although this is a tenuous link to the suites. We do know that Bach himself did not refer to these compositions as English or use the title that we have for them today, but what title he used is a subject of much discussion and study.

According to biographer Johann Forkel, Bach composed the suites for an “Englishman of rank”, and a manuscript copy made by a son of Bach subtitled the set as “written or made for the English”. This might give a pair of viable clues as to why we call them The English Suites, but the other curiosity is that there is not any ‘English’ quality to the music at all. There is some evidence to suggest that Bach had made a detailed study of the Suites by Charles Dieupart (1667-1740), which included a complete copy, by hand, that Bach had made of one of the suites. This would have given Bach an insight into the English style through the eyes of a Parisian born violinist, harpsichordist, and composer. What some scholars think is that Bach was enamored with Dieupart’s work to the point that you can hear his influence in the opening prelude of the first suite.

Many of Bach’s numerous compositions have no extant manuscripts. The English Suites are in that category of Bach’s works, but there are several hand-copied versions. The one that is thought by many academics to be the most reliable is the copy made by Bach’s then fifteen-year-old son Johann Christian Bach, who by all accounts did an excellent job of the somewhat arduous task. The advantage of having a clear, accurate copy is that it becomes increasingly possible to make an informed decision about how these works were intended to be performed.

There is a distinct parallel between these suites and the French Suites that Bach may have composed around the same time. This is in itself a matter for ongoing investigation and debate. The French Suites, similar to the English Suites, are not typically French, but they also employ a series of dance movements that dictate the structure of each suite. Many academics view the English suites as being a little more French than English or Italian.

The dance movements that Bach uses in his English Suites were no longer in practice during the Baroque period. They do stem from the courtly dances you might have seen during the Renaissance, but by this time in musical history, they had evolved into purely instrumental forms as opposed to pieces intended for actual dance. What Bach achieves in the English Suites is not a simple reproduction of the earlier dance forms but a distinct and intentional development of the characters of each of them. Bach uses the traditional way as a platform for his expression and musical ingenuity, giving the conventional concept of the suite a new, innovative aspect. Remarkably, Bach achieves all this without losing sight of the original spirit of the dance.

As dance forms, the ‘gigue’ is the liveliest, written in a 6/8 rhythm and often placed at the end of the suite. By contrast, the ‘Sarabande’ is a slow, expressive dance whose origins are Spanish and the ‘allemande’ a German dance that characteristically begins with a short upbeat. Lively but with a certain sense of refinement is the ‘courante’, usually with a 3/2 time-signature, and quicker than the more reserved allemande.

Bach introduces other dances into his English Suites, including the ‘Passepied’, which resembles the minuet in feel together with the ‘bourée’. This dance is commonly played at a fast tempo with four main beats to the bar. What is more unusual is the inclusion of ‘doubles’ that are essential variations that in suites one and six follow the courante and sarabande, respectively. For many Bach biographers, including Johan Forkel and Phillip Spitta, the epitome of Bach’s genius is illustrated in the gigues of the fifth and sixth English Suites. Here the melodic innovation and harmonic color present an object of musical perfection from the period. This characterizes the English Suites and, in some ways, distinguishes them from the French as their depth of musical exploration and personality is noticeably richer.

What can be found in these suites is not the Bach, who is often portrayed as disgruntled, ill-tempered, and a social revolutionary. Instead, my feeling is this group of pieces shows JS Bach as an optimistic, joyful innovator at the peak of his musical powers. The pieces in each suite are challenging technically and in respect of interpretation. Still, they offer any keyboard player a window back in time to a vital period in European musical history and the life of a great composer. 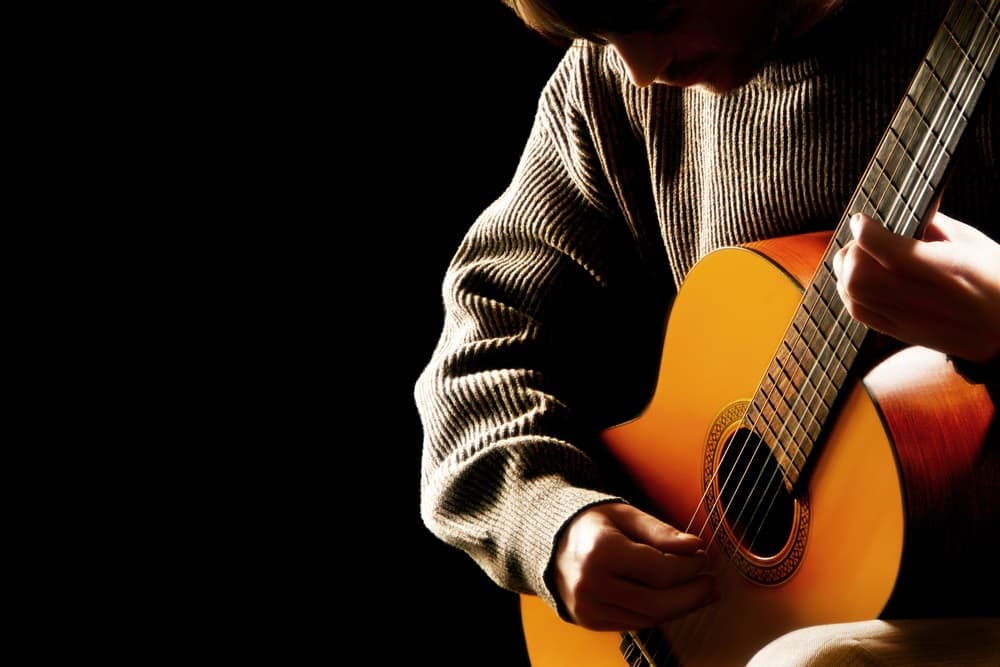 CMUSE - Feb 25, 2021
The classical guitar is arguably the most popular instrument that has ever been created. It has been used for centuries and has had many...