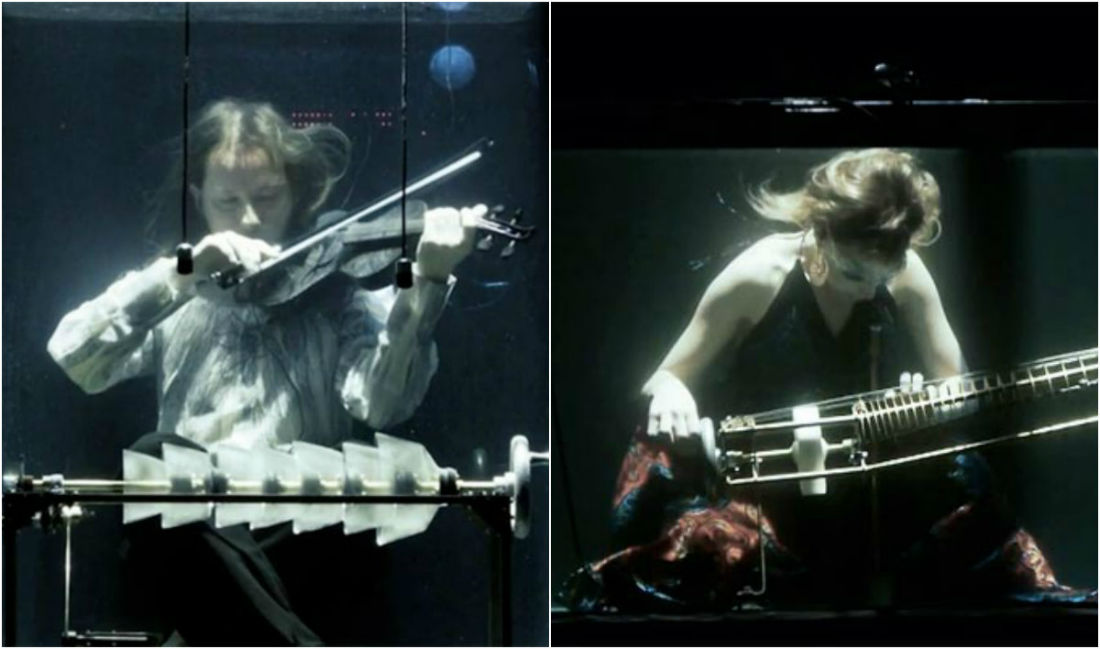 If you loved the musical segments in The Little Mermaid, chances are that you will be swept away by Aquasonic, a Danish band that performs and sings..in glass water tanks.

For that purpose, they play custom-made instruments such as the hydraulophone, the rotacorda, the electromagnetic harp along with the more traditional violin (albeit in carbon fiber), chimes and percussions.

In order to make the vocal tracks heard from underwater, a new technique had to be developed as well. The singer and composer Laila Skovmand devised the technique herself: she plunged her mouth into a kitchen bowl and tried to maintain a steady vibrato. When the band went on their diving trip she found out that that technique worked, even though the bubbles that were created distorted the sound. So, to avoid that unpleasant effect, she tries to keep an air-bubble inside her mouth while singing Of course, they need to breathe while performing, so “breathing times” are written into the score. Skovmand, for instance, resurfaces every minute.

It was not an easy process, though: it took them almost ten years of experimentations in order to choose the right instruments and make them produce an adequate sound underwater: they enlisted researchers from the University of Toronto and Aarhus, mechanical engineers, marine acoustic scientists, and even cymatics (modal vibrational phenomena) experts.