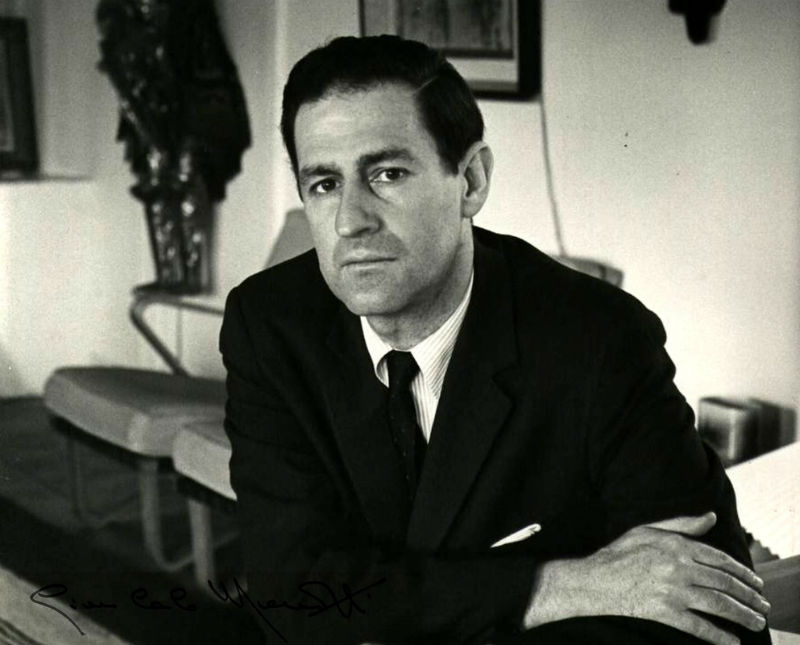 Gian Carlo Menotti’s opera, Amahl and the Night Visitors, was written for the 1951 Christmas Eve live broadcast that was the premiere of an NBC series, Hallmark Hall of Fame. It was the first time an opera had been commissioned for American television. Since its premiere, the opera has become one of the most performed operas throughout the world.

The National Broadcasting Company (NBC) had an opera company known as the NBC Opera Theatre from 1949 to 1964. Its purpose was to televise opera productions in English. It also sponsored live opera performances through touring companies and on Broadway. The music and artistic director of NBC Opera Theatre, conductor Peter Herman Adler, commissioned Menotti to compose an opera for a live performance that would kick off a new television series.

Menotti (1911-2007) was born in Cadegliano, Italy, into an affluent family home life filled with concerts and recitals hosted by his mother who was a musician. He had composed his first opera by the time he was 11 years old and, in 1923, entered the Milan Conservatory to begin his formal music studies. He traveled to the U.S. in 1928, accompanied by his mother, and was accepted to study at the Curtis Institute of Music in Philadelphia.

The first opera Menotti wrote after graduating from Curtis was Amelia al ballo (Amelia Goes to the Ball). The libretto was in Italian even though most of his later operas were in English. The success of this 1937 opera got attention from NBC who commissioned the composer to write an opera in English for radio broadcast in 1939. That was The Old Maid and the Thief. When NBC decided to launch a new television series that would include live performances, they once again approached Menotti.

The airdate of December 24, 1951, was drawing closer but the composer did not have an idea for a story November. He wrote that he was walking through the Metropolitan Museum of Art and came to the painting, The Adoration of the Magi, by Hieronymus Bosch. This painting from the Middle Ages, ca. 1475, depicts Mary in the center holding the baby Jesus with the Magi or the Three Kings presenting their gifts. Shepherds are looking in through the windows and a pastoral scene is in the background. This was Menotti’s inspiration. It reminded him of how he celebrated Christmas in Italy. Instead of Santa Claus, children received gifts from the Three Kings.

The main character, Amahl, is a poor, crippled boy who walks with the aid of a crutch. He lives with his mother near Bethlehem. One night, three guests arrive who are the Magi: Melchior, Kaspar, and Balthazar. They are on their way to visit the Christ child but want to rest for the night. The mother makes a fire and tells Amahl to go get the neighbors to come and welcome their guests. The neighbors, all poor shepherds, bring what they have. Before they go home, they dance for the kings.

Later in the night, Amahl’s mother tries to steal some gold the kings are taking to the baby Jesus. She plans on using it for her son. Melchior tells her she can keep the gold because the Christ child will not need it but she gives it back. She wants to send a gift with the kings but has nothing to offer. Amahl offers crutch and is healed. He travels with the kings to present his crutch in person.

The cast received the completed score just days before the live broadcast. Menotti’s life partner, composer Samuel Barber, finished the orchestration. The role of Amahl is always sung by a boy soprano, and the mother can either be a mezzo-soprano or soprano. The small cast and small orchestra make it ideal for opera companies of all sizes. There are no scene changes and the opera is less than one hour long.

Menotti wrote symphonic and choral works, including chamber, ballet, and song cycles. He is best remembered for his operas, writing both the music and texts. He most famous opera is his Christmas story, Amahl and the Night Visitors. 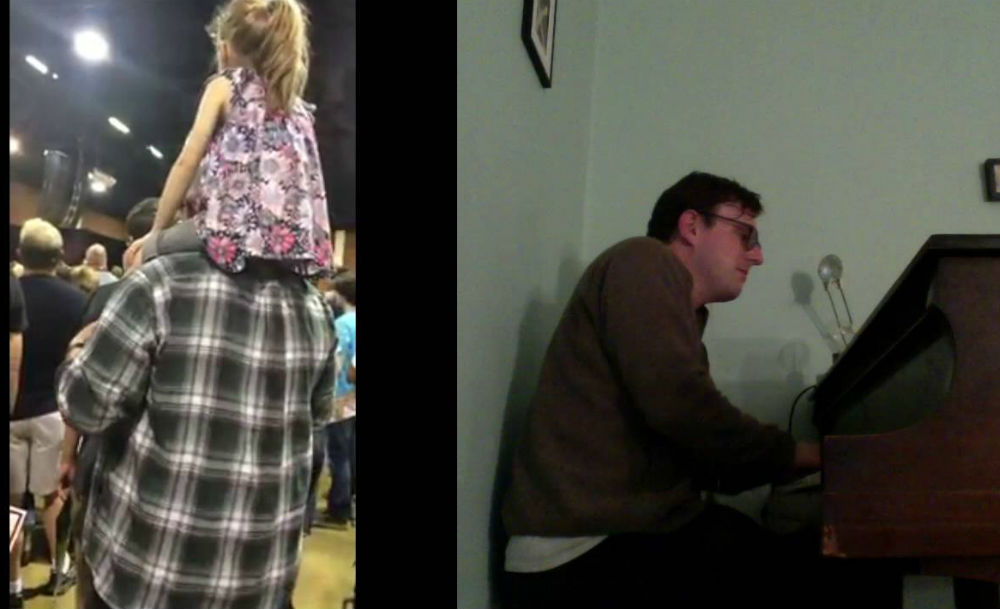 CMUSE - Jun 9, 2016
Some girl sang a terrible version of the National Anthem at a Donald Trump rally in Eugene, Oregon. She changed keys more than ten...