When it was released in late 2010, “Rolling in the Deep” became an instant hit, and it was praised as an epic foot-stomping pop anthem whose melody greatly complemented Adele’s vocals.

Six years later, the song is having a second renaissance in China, where the classically-trained singer Liao Jialin (who, allegedly, was even invited by Pope Francis for a solo) performed “Rolling in The Deep” imitating the style of traditional Chinese opera in the dialect of the Ninxiang County, which is located in the northeastern part of the Hunan Province. The performance was broadcast on 1.3 Billion Decibel, an online singing contest where participants reinterpret popular songs in different Chinese dialects. Jialin actually sings in English, but sporadically added lines in Ninxiang County dialect. After the chorus opens with “We could have had it all/Rolling in the Deep,”Â he adds “a pig comes to our Ninxiang County” in dialect.

So far, this arrangement raked 445,000 views on Youku, a Chinese video-sharing platform similar to Youtube and over six million views on WeChat, an instant-messaging app.

Whether or not you agree with an enthusiastic fan, who commented with “Adele is the one that does not know how to sing” on WeChat, Jialin’s take on the pop anthem is worth watching. 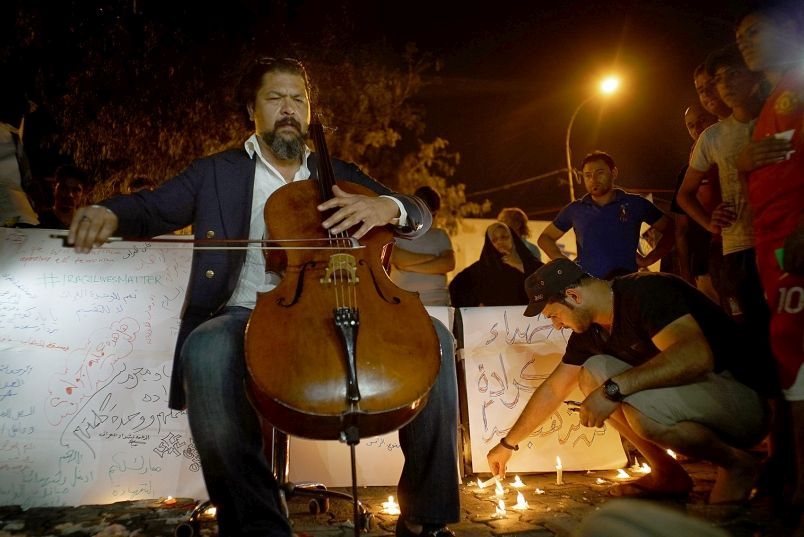 Jordan Smith - Jun 14, 2015
Karim Wasfi, a cellist and director of the Iraqi National Symphony Orchestra (INSO) in Baghdad, has made a name for himself online for his...